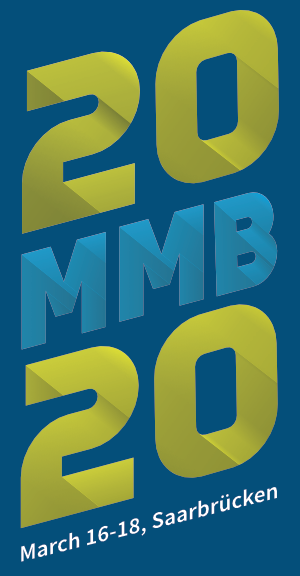 brought to you by

Due to the COVID-19 outbreak in Europe, MMB2020 will need to be cancelled. More info follows.

Modelling and Analysing Dependability with BDMP and KB3 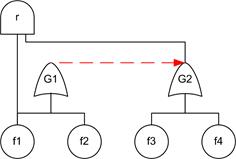 The BDMP formalism (Boolean logic Driven Markov Processes) was originally created in 2002 to facilitate the specification and solving of very large continuous time Markov chains representing repairable systems, via a graphical representation which is very close to fault-trees.

They quickly found applications in studies of real systems at EDF. They offer unique advantages both for the quantitative and qualitative (list of sequences leading to the top event) analyses of complex, sequential systems. Further to simple reliability and availability calculations, they can be extended to define Markov reward processes suitable for performability analyses of multi-state systems.

The first part of the tutorial (90 mn) will explain the theory of BDMP and show how, thanks to their implementation in the KB3 tool, they can be graphically defined and checked. It will also show the power of two solvers based respectively on sequence exploration and Monte Carlo simulation, to compute dependability measures from complex BDMPs.

The second part (90 mn) will allow those who want to do a few experiments with KB3 and the solver based on Monte Carlo simulation to build simple examples and explore a real, full size system model. Note that this part will require the participants to download programs and data prior to the tutorial, and that these programs are available only in the Windows (7, 8 or 10) environment.

We consider stochastic processes which are governed by long-range dependence and marginal distributions with heavy tails. Looking at the realized observations of a given process, a so-called local dependence structure may arise. It is given in terms of clusters of exceedances when these observations overshoot a predefined high threshold. First, we motivate the considered class of cluster processes by three relevant application scenarios from teletraffic theory. They belong to the following categories of data transmission in modern high-speed networks and the data processing in associated cloud or network components:

We consider two important teletraffic problems, namely (1.1.) the estimation of the quality of packet transmission processes in a peer-to-peer network based on a suitable teletraffic model and (1.2.) the classification of video traffic governed by a VBR encoding scheme. Here, the main objectives are to identify causes of packet loss during the packet transmissions in the communication network and how the latter affect the quality of the transmitted video and voice data streams.

A smart caching of media objects is studied were the replacement policy in the cache is determined by the popularity of objects with different types. The frequency of requests to certain types of objects and the induced cluster structure of the popularity are used to define new caching policies. Considering such a stochastic process in a given network, we then discuss the theoretical background of a related universal statistical model. The theory is applied to determine such observed clusters of exceedances like the loss of consecutive packets or requests to the same type of objects. Regarding the distributions of major characteristics of the exceedance process, like intra-cluster and inter-cluster times, new useful statistical results are presented and illustrated by means of real data examples. The participants will learn about simple, but powerful statistical tools that can help them to formulate and to analyze new cluster phenomena arising in relevant areas of modern communication networks and associated cloud computing systems.

Many real-world phenomena like rumor spreading in social networks, risk contagions in financial markets, epidemic outbreaks, or cognitive processes in the brain can be described by dynamical processes on complex networks. In this tutorial, we will consider stochastic models such as continuous-time Markov chains and more general stochastic processes that are used to investigate such network phenomena. We will discuss how the underlying network structure can be exploited to derive efficient algorithms for the simulation of spreading processes and present several model reduction approaches based on mean-field or lumping techniques.